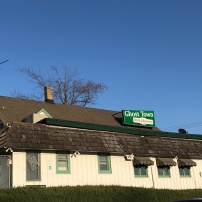 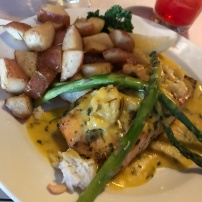 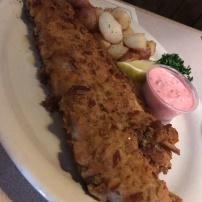 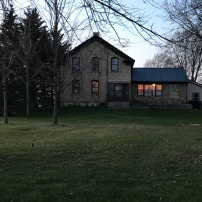 Seeking adventure comes naturally for me…and uncovering history right in our own backyard becomes part of my own personal escapades as much as possible. My fellow critic and I share this passion, which works out quite well on many levels…to say the very least. Our latest jaunt was inspired by the hunt for a birthday dinner location as I gambol my way into my 48th year. Love it.

Our journey led us to a spot in Ulao, which is just across Highway 43 from Grafton. The town itself was perched on the bluff, named by a sea captain and built into a booming lumber port in the 1800’s. Money flowed so easily that the town’s founder built Wisconsin’s first paved road in 1849, stretching from Ulao over to Grafton on the site we now know as Highway Q. On the dark side of history, the town was also home to Charles Guiteau, the man who would go on to write (mostly plagiarize, actually) a speech in support of electing James A. Garfield to become the President of the US. When Garfield was elected, Guiteau felt as though his speech had been the clinching factor (clearly a bit of a narcissist) and anticipated a consulship position from the cabinet, which was not in the cards. As a result, Guiteau assassinated President Garfield and was hanged for it 5 months later. His family home is just down the road from my birthday dinner spot, Juice’s Ghost Town.

Built in 1902, Juice’s Ghost Town has changed hands a number of times over the years, but the “Ghost Town” name remains a constant. During Prohibition, the “Ghost Town Tavern & Dance Hall” was live with gambling, moonshine, and home brews every night.  Today, Mike “Juice” Gannon has created a delicious menu and has a loyal staff who genuinely care about their patrons. Our server has been dishing things up since Gannon opened the doors in 2005, and her pride in the establishment radiated from within as she chatted us up.

The restaurant decor reminds me of someplace you might frequent when you’re “up north,” which led me to anticipate having “up north” fare on the menu. I was pleasantly surprised to find quite the opposite. In fact, there wasn’t even one burger listed. As it turned out, Wednesday is prime rib night and you have cut choices of King, Queen…or Sissy, which kind of cracked me up. I opted for Prime Rib Bites as an appetizer (Yum!) and Salmon Oscar with a Béarnaise sauce that tasted as though it came straight from Paris. The Critic tried the Wednesday special, and was pleasantly surprised to find that Pretzel Crusted Walleye is a dish he would order again. Ordering seafood can be a gamble, in my opinion, and the chef is clearly up to the task.

I opted out of dessert, which I rarely do when birthdays are involved, but the appetizers, cocktails and spilling portions left me with a to-go box and no room left. The good news on that front, however, is that it leaves me reason to return. Next time I will visit on a Tuesday, when All You Can Eat Ribs are the special (although I am not sure I’d be able to tack on dessert to that menu either). Delicious and fun-filled birthday memories…many compliments from The Critics. C’est Magnifique.

View all posts by Hillary Danaher